FixYa has recently compiled information from over 7,20,000 cell phones problems. The compilation consisted of issues that the users face with their phone, precisely with the phone’s hardware. They compiled this information for only 4 manufacturers; Apple, Samsung, Nokia and Motorola. And the result showed us the most and the least reliable phone manufacturer.  No prize for guessing that Apple iPhone was the winner in the results. It was found to be way more reliable than Samsung. Read on to find out.

We spend money and buy expensive Smartphone’s knowing it is not going to last more than a 2 years and neither do we use it too long enough. But we atleast expect them to not to run into any major issues within a year and a half or maybe sooner.  Frankly, I am not really surprised by the results. Here they are: 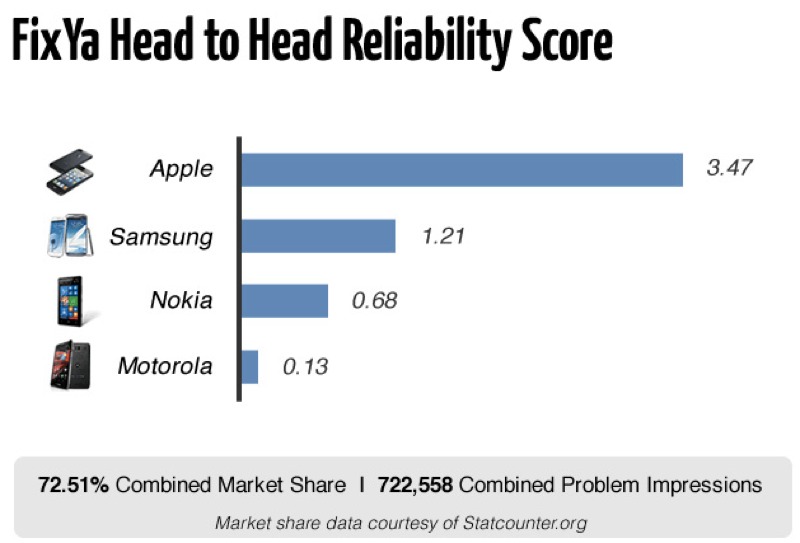 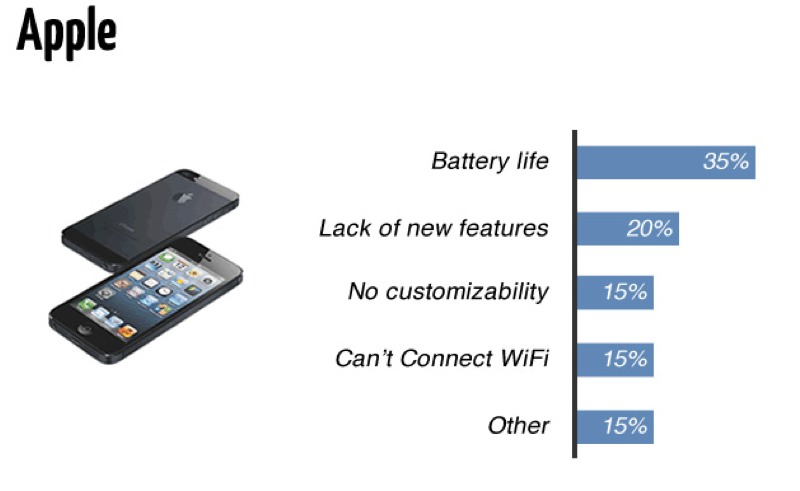 The reports clearly suggest that main problem that most of the Apple user’s face are related to the battery, and in many of those cases, the issue is resolved after Apple provides the patches/updates. However, battery still remains a huge issue and needs much more attention. As for the other complains like Lack of New Features, No Customizability and cannot connect to Wi-Fi, the former 2 are more like personal preferences. People who jailbreak their devices and install tweaks and customization options would complain. But for those who don’t, it is also true that Apple has been stagnant in terms of UI ever since its launch. The customization has improved over time but I guess the users expect and want more. To sum it up, the issues users had about the Apple iPhone (except for battery life) are not exactly reliability related. 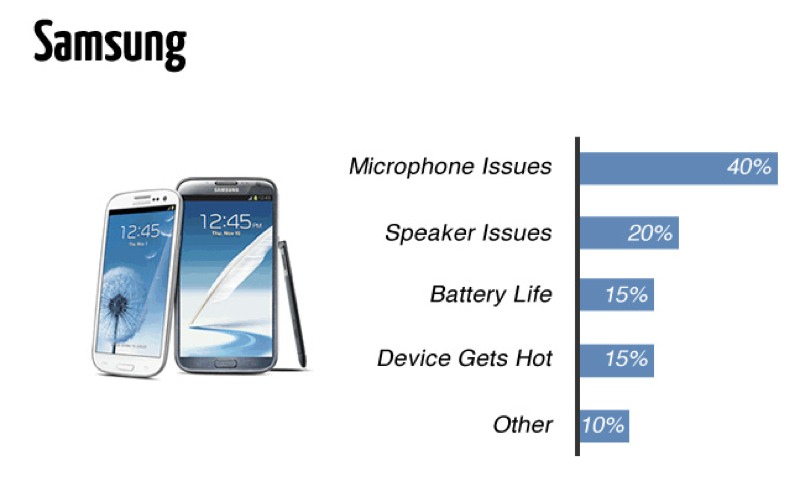 Maximum number of Samsung users complained about its microphone, according to the study. Speaker related issues were also found with a lot of users. Its users love the massive screen the Samsung provides them. The huge screen with super high-resolution display might be one of the reasons why the battery drains so quickly. But when you have users complaining about their devices getting hot, that’s something to be worried about.  According to the results, Samsung appears to be unreliable in few places when it comes to their hardware. 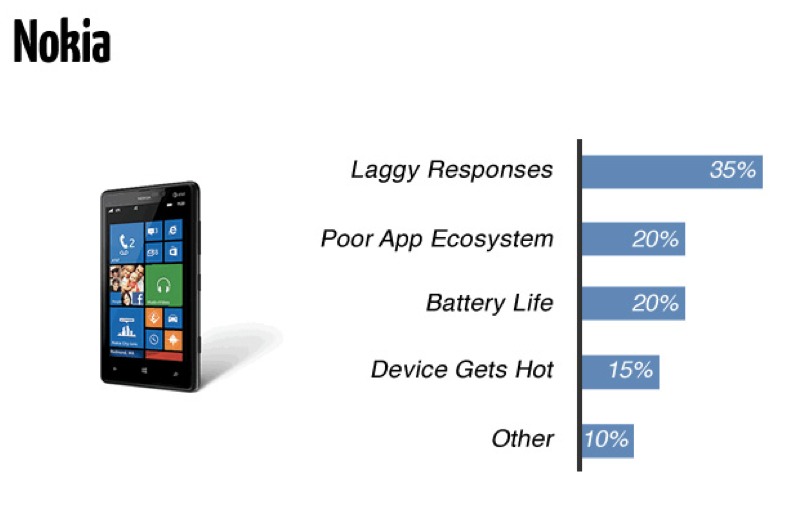 And finally, we come to Nokia. Nokia may never touch that peak that it once comfortably stayed in for a long time. A lot of uses had a lot of complaints with Nokia. Starting with the Laggy responses from the applications, in other words, it takes a long time to load. The App ecosystem was second most complained about. It is understandable, as Windows is still in a very nascent stage when it comes to apps. Battery life was another major complain and so was Device getting hot. Once again, apart from battery life and device getting hot, there was not major hardware related issue reported. 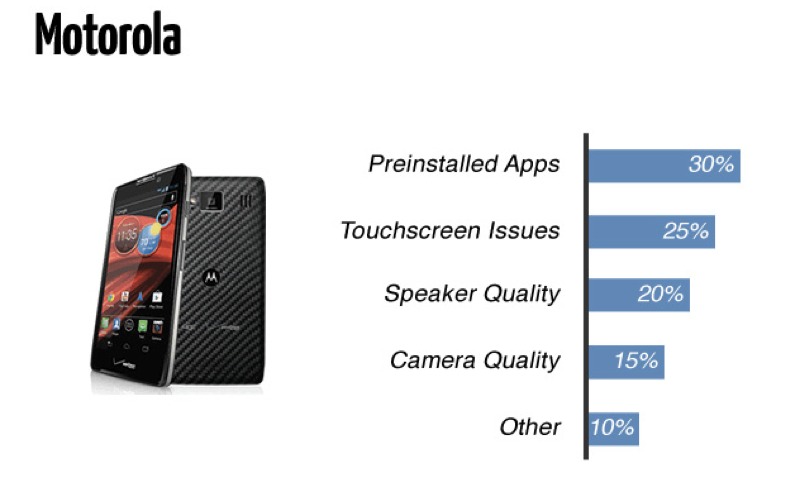 Surprisingly, the highest number of complaints received for Motorola was for its pre-installed apps (Which can’t be uninstalled). This wouldn’t seem like an issue for those with larger storage, but it still consumes some part of the screen and it might cluttered if you don’t want to see the apps on your screen which you never use. And it only goes downwards from here for Motorola, as the other users complained of it touch screen issues, Speaker issues and camera quality issues. It takes the lead when it comes to Battery life, as not a lot of them complained about it. But since the study was about reliability in terms of hardware, Motorola suffers the most owing to the touch screen issues, Speaker issues and camera quality issues.