Facebook Home was made available to download in the play store on 12th April, i.e. 2 days ago. It appears that the users are not as much excited as Zuckerberg was, while announcing it.

At the time of writing this post, close to 50 percent of its users, 46 percent to be exact, have given Facebook Home 1 star Rating. The app has collected 3,434 user reviews out of which 1,584 have rated it as 1 star.

Facebook had announced Facebook Home amidst much fanfare on 4th April 2012 and was made available on 12th April. During the launch, CEO Mark Zuckerberg announced that Facebook Home will only run on select few Android devices, namely Samsung Galaxy S III, Samsung Galaxy Note II, HTC One X, and HTC One X+. And HTC First will be the first phone to come pre-installed with it. However, there are many forums available online which provide step-by-step instructions on how you can install Facebook Home on any Android device without rooting it. Be forewarned that those steps don’t guarantee that it will run as smoothly as it runs on those devices which it currently supports. 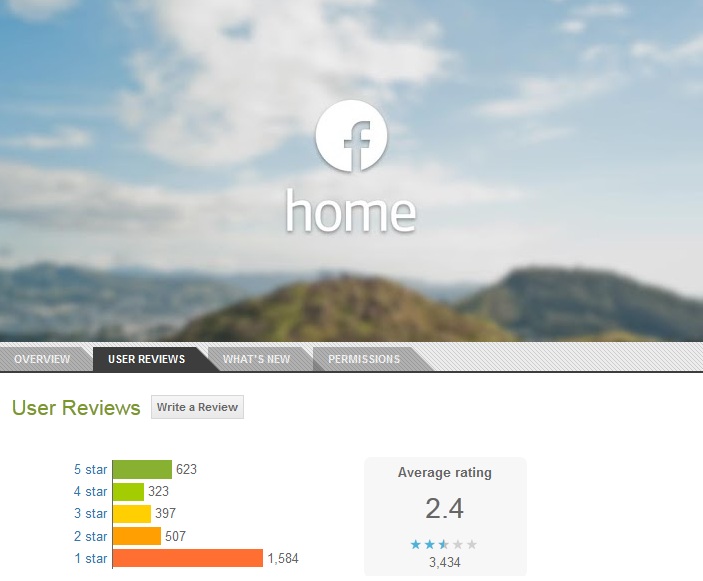 The Next Web also contacted Google Play Store spokesperson who have informed that only those who have installed the Facebook Home app are able to leave a review there, which has proved that the reviews are legitimate.