The most common thing among all the internet users, especially those who make their living through it, is the fact at some point in life there occurs a phase where we start detesting the Internet and wonder, “How different my life could have been without Internet, would it be less complicated or more? What would I be and Where would I be without it?”

At some point in life, we all reach a saturation point where we feel maybe our life would be simpler without Internet. Paul Miller, a technology writer for The Verge had perhaps was able to deduce that and left the Internet for good. Not forever of course, only for a year. He left Internet to experience a life without Google to search something, without Wikipedia to know something, without Maps to go to some unknown place and most importantly without Social Media to stay connected. Paul Miller is finally online after a year and has shared his experience of how he managed to live and survive without internet.

A year without Internet

A smartphone was replaced with a dumb phone for only communication purposes, Dictionaries and Encyclopedia’s for Google and Wikipedia, Google Maps for real Paper Maps, E-Mails was replaced with a PO Box. The source of news and information was now TV, newspapers and magazines. And so began Paul Millers’s journey to experience life anew, going places, exploring.

The first few months started out really good, he says, “People kept telling me how good I looked, how happy I seemed. In one session, my therapist literally patted himself on the back.” Little things like stopping and smelling the flowers felt good. He found himself to be closer to his family than ever, he said, “She (His sister) says I’m less detached emotionally, more concerned with her well-being — less of a jerk, basically”. He spent most of the time reading, writing, meeting friends, etc. All in all, the journey seemed to be enthralling and it looked like the objective behind this mission was almost achieved. Well, Almost. 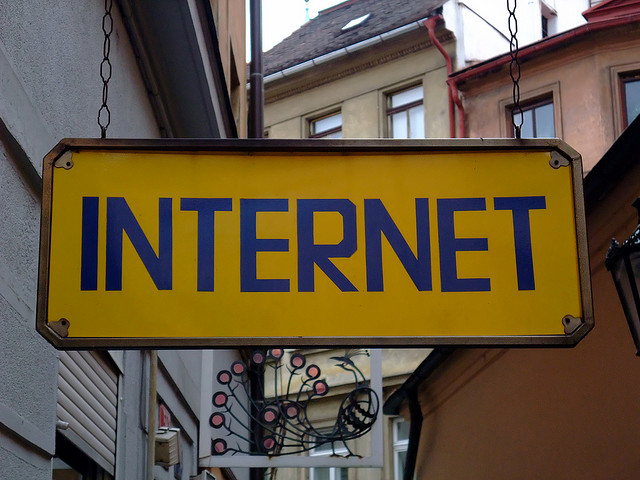 A few more months after leading a similar life lifestyle, the Reality hit him. He said, “A year in, I don’t ride my bike so much. My frisbee gathers dust. Most weeks I don’t go out with people even once. My favorite place is the couch. I prop my feet up on the coffee table, play a video game, and listen to an audiobook. I pick a mindless game, like Borderlands 2 or Skate 3, and absently thumb the sticks through the game-world while my mind rests on the audiobook, or maybe just on nothing.”

People tell you to get occasionally disconnect yourself from the internet for a while to connect with the real world. But the Internet IS a part of the real world. The problem is that maybe are too connected than we ought to be. We all have days when we sit on the internet doing nothing, nothing productive at-least.

Hilarie Cash, executive director of the reStart program for internet addiction and recovery, a Seattle-area rehab program that helps wean people off the internet, spoke with Ned Hepburn for his article on “Internet Addiction” in The Week. Hilarie said, “Most of the people that come (to her clinic) are young adult males around the ages of 18 to 30 who spend a lot of time on the internet. Their health is poor, their social relationships have turned to crap, they have no social confidence or real-world friends. They don’t date. They don’t work.”

Internet is vast and connects you anyone and everyone present in the digital world, it still remains the best source of news and information. Maintaining balance between the Real world and the Real world within the digital world might hold the key to bring back the balance in one’s life. There are no pre-defined rules or protocols to follow, the only ones are those we create for ourselves. The common and the most important thing however, is to stay connected with people. Because it is the people who matter, people close to us who matter the most.