Samsung Galaxy Note 3, the latest Galaxy Note showcased at Samsung event 2 days ago finally has a release date, along with the cost.

It is going to be released with the major American carrier’s very soon, but so far only AT&T and T-Mobile have given the confirmation on its availability. Starting today, AT&T has begun to take pre-orders for the Galaxy Note 3, it will be available for $299.99 with a two-year contract and the orders will begin shipping from October 1st. And a day later, i.e. October 2nd, Galaxy Note 3 will be available at T-Mobile, also with a two year contract plan.

There is no official word from Verizon as of yet, but AndroidSpin says they have news from their reliable source regarding the pricing of Galaxy Note 3. According to their source, it will offer the device for $299.99 with a two-year contract and $699.99 without the contract.

There is also another piece of news which suggests that Galaxy Note 3 will be bundled with the Galaxy gear Smartwatch, costing about $599.98 on a 2-year contract. It will be interesting to see how many buyers would go for that option. We would rather wait for the official price announcement of the Galaxy Gear, as there won’t be any contract tied to this device naturally. And if the rumors are indeed accurate, it might cost about $300. 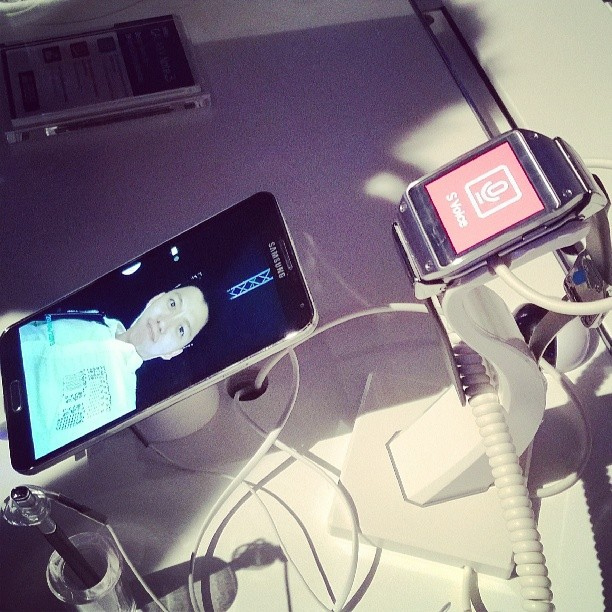 Samsung Glalaxy Gear Smartwatch sports a 1.63-inch Super AMOLED display with a screen resolution of 320×320, a single-core 800MHz Exynos processor, a camera capable of recording high resolution videos at 720p and a Flash storage of 4GB, Bluetooth 4.0 for connectivity. The Smartwatch has Metallic surface and buckle and the wrist bands are available in variety of colors to choose from. Samsung claims that the Gear already has more than 70 apps available, which can be installed via the Galaxy Gear Manager app on the phone. Other notable features include Notifications, Music playback controls, phone call options among other features. The battery, however, is a letdown as the Smartwatch promises only one day on a full charge (or maybe even less, depending on the usage).

The Galaxy Note 3 features a huge 5.7”inch screen with a full HD Super AMOLED display, against Note 2 which measured 5.3” inches. Galaxy Note 3 weighs 168g, it is 8.3mm thinner than Note 2, it boasts an amazing 13 MegaPixel rear camera which Samsung claims can even shoot a 4K video. On the inside, the LTE model features a 2.3GHz quad-core processor, while the 3G model has a 1.9GHz octocore processor, both models have 3GB RAM. The device will release in 149 countries on 25th September and finally in October, it will be available worldwide.