Way before Steve Jobs’ first Apple iPhone initiated the revolution of the smartphone industry, Blackberry, then known and registered as RIM (Research In Motion), was an industry leader in more than one ways.

Blackberry was industry leader in providing top notch security encryptions for sending and receiving emails and messages through its phones, an industry leader as a go-to mobile device for corporate heads, executives and business end users, it was smartphone in its own sense during the phase, one of those devices which revolutionized the QWERTY keyboard on a mobile phone. Its quality at the time was unmatched and second to none. So how does such a company come reach a point today where spotting a blackberry phone is a rarity. How does it reach a point where it has now decided to Stop the cell phone production altogether.

It would not be wrong to say the fall of Blackberry began with the with the consistent rise and immense popularity of the iPhone. The situation got even worse with the insane expansion of Android over the past few years. Perhaps the reason why Blackberry did not anticipate this level of competition would probably be due to the difference in the target audience between Blackberry and its competitors (iPhone and Android). Where Blackberry’s primary target audience had always been corporate users, iPhone and Android both had consumer-oriented devices at hand. Although blackberry did sell a lot of devices to consumers too, which were probably looked upon as brownie points. In fact, there came a time when even Windows phone started to perform better and had consistently more market share than Blackberry. Windows phone OS, which was fairly new to the market, did not even consider Blackberry as the main competitor.

The iPhone changed the game of the mobile industry and revolutionized the smartphone. The first iPhone did not even have the basic copy paste feature, which was later introduced in 2009 with the OS version then referred to as iPhone OS 3.0. In its later stages, Apple worked a lot on the Smartphones Apps, which was not new but Apple approach towards it once again changed the game and Smartphone Apps is among one of the most lucrative businesses today. 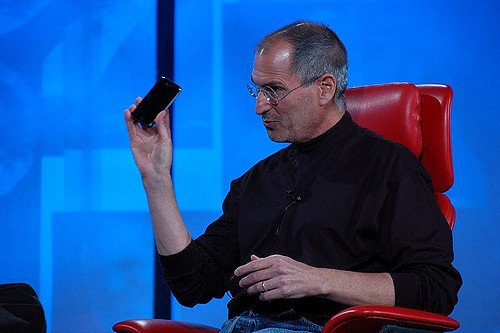 Year on year, apple mounted more and more features and functionality to not just the iPhone, but iOS as well. Every new phone was set as a benchmark for every other phone. Apple started adding all the nitty gritty features ranging from its phone’s hardware design to iOS user interface to the security features.

The rapid growth of iPhone and even more rapid growth of its consumption was hurting blackberry the most. While it’s true that iPhone’s popularity hurt almost all the manufacturers, the reason it hurt blackberry more than the others was due to the fact Apple had now entered the arena where it ruled the roost; The corporate world and business end users (which was also responsible for the sudden increase in the adoption of BYOD phenomenon).  RIM at the time was unable to keep up with the pace Apple was moving with. Perhaps they imagined the craze would die down or perhaps they thought their loyal target audience wouldn’t give up on their blackberry’s so easily, at least not yet. We can’t say for sure what held back RIM to not give a tough competition to Apple. Or maybe they thought they did, but it didn’t really work, we won’t know for sure. But of one thing all were certain, blackberry was quickly losing its share.

The Hardware and Software Duo

The combination of Samsung and Android succeeded where RIM failed miserably. Samsung, a growing manufacturer, and Android, The OS competitor for iPhone began to come up with phones giving a competition to iPhone that not even Apple had imagined. And in this process, barred RIM from not only gaining more users but even converting the existing ones.

Where iPhone sold their devices at a cost which only satisfied a few (globally speaking), Android powered Samsung devices were affordable by everyone. 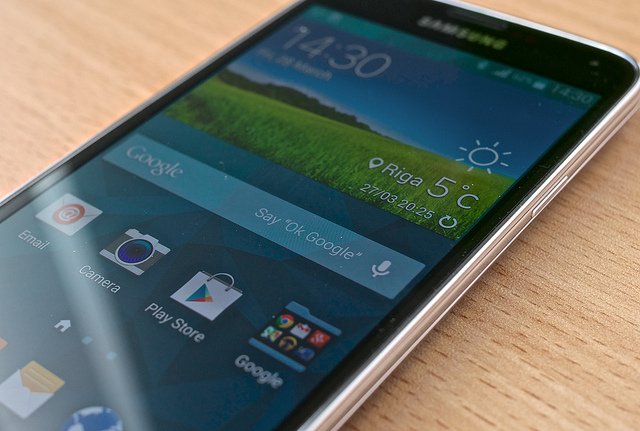 Similar to iPhone, its biggest competitor (even as of today), Android also updated their OS with top notch security features. This is at the time when Blackberry was still in the market. Although Android faces a lot of issues when it comes to the OS security, this is at a time when Blackberry is nowhere in competition or in market share. Also, this is not dissuaded most of the users to stop using Android for their personal or business purposes.

In its attempt with strengthen the security features, Samsung also came up with Android powered Samsung Knox Device. They claimed  it to be the best in the market for its security measures. The device was designed with business end users and the BYOD phenomenon in mind. And it more than proved its mettle, at least according to the recent Gartner reports (Since Knox has not yet had the user penetration unlike other Android devices). Gartner compared 12 mobile platforms including iOS, Windows Phone OS and even Blackberry; and they found Knox to be stronger than others In “most ” cases. Knox is not for everyone, but it is certainly moving in the right direction. 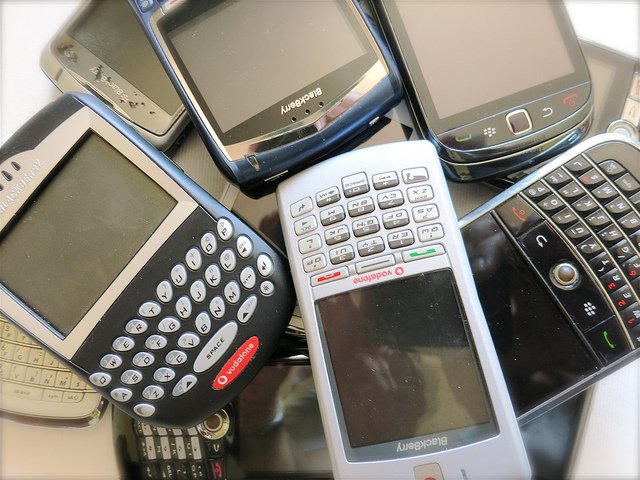 Consumers and business end users alike, both started adopting iOS and Android devices, even Windows Phone for that matter. The enterprises started focusing on the software to manage all these devices. These software’s are termed as EMM (Enterprise Mobility Management), MDM (Mobile Device Management), MIM (Mobile Information Management) and MAM (Mobile Application Management). Depending on the type of business, a number of devices to be managed, the purpose of the software, etc., the companies decide on the kind of solution they need. These software’s are in a way, the alternatives to the Blackberry devices which were provided to the employees.  There are various mobility managed solution providers available today to choose from and almost all of them support the major mobile platforms.

After nearly a decade long fight with  iPhone’s inception in 2007 and Android’s in 2008, Blackberry finally made an official announcement recently saying it has stopped producing phones completely and will henceforth be focusing solely on the software business.  Blackberry’s step is an end of an era.  People may be moved on to smartphones with no keypads but they shall never forget the trademark blackberry phones with qwerty keypads which had been their identity and still is.

Also Read: 5 Ways BES 10 solves BYOD challenges; and Why the fall of BlackBerry is bad news