After years of staying behind in the game, it appears the Microsoft has finally found its ground in both places, on the ground and in the cloud.

Who would have thought Microsoft would be able to do something that Apple and Google did, and finally find some success.

The downhill for Microsoft, which some would say, started in 2007 when Steve Jobs showcased the first ever iPhone amongst much fanfare. And of course, no one can forget Steve Ballmer’s reaction to it. Below is the video in case you want to watch it again after all these years. 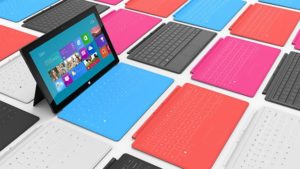 However, until recently when Apple started facing backlash among critics and some users too, for not being as innovative and revolutionary as it used to be. On the other hand, Microsoft finally being able to give some tough competition with its line of Surface laptops and desktops.

One would say that Apple is perhaps finding it difficult to meet the expectations of the critics. While these critics who had little or no expectations from Microsoft have been pleasantly surprised owing to its recent developments.

Although Surface book was thought to be introduced and positioned as direct MacBook competitor, users released it was far more when Microsoft proceeded with the event and detailed its capabilities and eventually positioned as a Hybrid. And not just any hybrid device, one with the portability, look and feel of a slightly larger tablet with the performance that equals a MacBook Pro.

Although the first Surface Book was released in 2015, critics and experts agreed that Microsoft had nearly perfected the device with it updated model released in the year 2016.

And ever since, every once in a few days, there is a review comparing Surface Pro and Surface Book to MacBook Air and MacBook Pro. Here’s a review by Business Insider compared the latest Surface with the latest MacBook (with the Touch Bar).

And one can clearly see the consumers finally putting surface at a serious consideration compared to the time when Microsoft was not even as a competition.

However, hardware is not the only area where Microsoft found success. Office 365 has also been found to in a neck to neck competition with Google Apps. 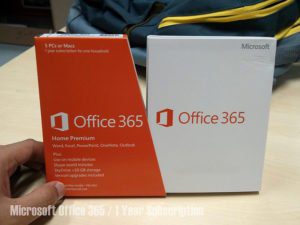 In a post by InformationWeek last year, they quoted Gartner who said that “Microsoft is most popular in larger organizations, having more than 80% of the cloud email market in organizations with more than $10 billion in venue” This was compared to Google, where “Google’s cloud email marketshare among smaller companies — those with revenue of less than $50 million — is almost 50%“.

It is of course too soon to conclude that Office 365 has beaten Google Apps. However, it does see a steady number of users.

Microsoft is letting all its customers know very loud and clear on its intentions about moving them to the cloud with Microsoft Azure, which is its primary cloud service platform.

Business Insider provided some interesting insight on its current standing saying Microsoft has generated $1 billion in total worldwide revenue from Azure since 2011. However, the same report also said that, Since 2011, across the US only, 70% of US Azure revenue added to those contracts went unused, meaning that only 30% was actually used.

When Business Insider contacted a Microsoft Spokesperson, they said, “We are seeing strong usage of Microsoft Cloud services by businesses of all sizes. Over 60% of all Azure customers use at least one premium service like media streaming or the enterprise mobility suite.”

On the AR front 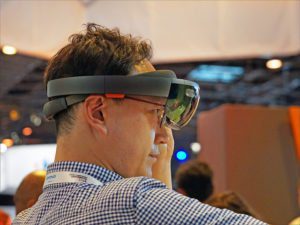 Although its Augmented Reality device, Hololens, is still in the development stage and not yet perfected; it has earned rave reviews from everyone who has had the chance to use it.

It is, however, available to buy the Microsoft store. At the time of writing, its listed price is USD $3,000. If you have bundles of cash lying around to be spend or if you are ready to burn a huge hole in your pocket, you can still try it out.

But the ones who have tried it, agree that Hololens is the next level of computing and is an amazing and delightful experience.

Among the key noticeable limitations it has includes a short battery life, a not so good yet FOV (Field of View) and some glitches.

While it is true that Microsoft is yet to find the success it expected with the Windows Phones, however, one can’t disagree that Microsoft made sure will not be written off anymore when people talk about computers, operating systems and applications such like Office and Outlook.

According to Microsoft, 80 percent of the Fortune 500 companies is on Microsoft Cloud and more than 400 million devices are running Windows 10.