If you ever take a moment to sit back and think about how the trends in technology have changed in the last decade. Probably, little over a decade.

The way you interacted with your personal computers, the software applications, mobile devices and of course the internet itself, has seen dramatic changes, to say the least.

The same can be said for the enterprises who had to change a lot of their old methodologies to keep up with technological advancements.

The inception of Cloud

The late 1990’s, sometime after 1995 and onwards, is still referred to as the Dot Com Boom. Once the internet was officially released for the public use as world wide web which happened sometime in 1992, businesses were quick to jumping onboard with their existing businesses or a new e-business.

In the year 1998, we also saw the birth of one of the biggest companies which exists today, Google.

A little less than a decade after the Dot Com Boom, we saw a rise (not popularity, yet) of a new trend in the world of Technology. Although it was more of an evolution of world wide web. It is what we today refer to as Cloud Computing.

Unlike the internet, the cloud would take a little more time and patience to be widely accepted and appreciated. But it is 2016, another decade has passed, and cloud has definitely grown.

However, cloud faced its own fair share of skepticisms and apprehensions, and to an extent it still does. You should not be surprised to come across groups or certain people who do not hold the most positive opinion for this (now)popular trend. They may even have a justified reason for it.

After all, cloud computing demands that you let go of your most personal data, and trust the cloud to securely keep it from all prying eyes, even your own.

Obviously, not everyone is going to be convinced by this idea. And that is why cloud has several deployment models to opt from. There is Public Cloud, Private cloud and Hybrid Cloud (and also Community cloud). You can read more in detail about each of them.

While a lot of enterprises rely on public cloud, many do not. Different enterprises from different types of industry sectors have their own justified reasons for not adopting public cloud. However, Hybrid cloud computing model is able to overcome those challenges that make it the preferable option of all.

International Data Corporation (IDC) released a forecast this year saying 70% of enterprises in the Southeast Asia countries will commit to a Hybrid Cloud strategy.

According to another report by Rightscale, Hybrid cloud adoption grew from 58 percent to 71 percent year-over-year.

These reports clearly indicate that not only are enterprises finally transitioning to cloud, but they are specifically going for Hybrid cloud computing deployment model.

Reasons Why Hybrid Cloud Computing is better than Public or Private

The factors mentioned below are obviously in comparison with the Public Cloud and Private Cloud deployment models. Hybrid Cloud attempts to find a common ground between the two and tries to offer best of both of the worlds.

The scalability option is always very high in the public cloud environment. Since it is a shared environment, vendors can always scale and move resources between multiple tenants.

On the other hand, private cloud as the name suggests does not share resources with other tenants which is why its scalability option is also quite low.

Hybrid cloud computing provides very high scalability option unlike private cloud since it’s a perfect amalgamation of Public and Private cloud. Businesses can always scale out the workloads automated by the public cloud.

Scalability is an extremely important factor and in fact, 76 percent of the organizations which Datapipe surveyed said scalability is the reason for them to move to cloud computing.

Security is the main concern most people have when moving to the cloud, especially public cloud where their data is stored in an environment whose resources are shared with multiple accounts.

However, a private hybrid cloud computing environment offers far more control in terms of design with layers of security. Although hybrid cloud has the potential to be highly secure, it also depends on the approach by a business toward the architecture and the overall design of the cloud environment.

Here’s what they say, “Instead of having to do a rip-and-replace with your legacy technology, a hybrid cloud model allows companies to bridge the gap between old and new systems, bringing significant CAPEX and OPEX savings to businesses.

Moreover, with this type of model, companies can enjoy seamless scaling by allocating resources for immediate projects at a much lower cost instead of using local IT infrastructure when needed“. 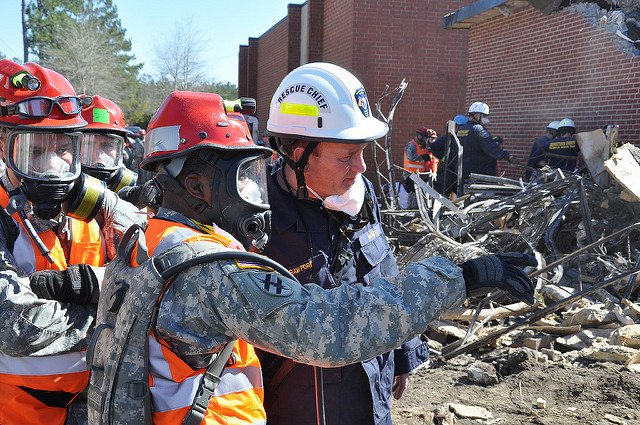 It goes without saying that Hybrid cloud does not come without its own set of disadvantages, however, market experts are also of the opinion that it should not deter a business from moving to the hybrid cloud. 90 percent of the surveyed clients by Logicworks said they plan to pursue hybrid cloud as their preferred cloud solution.

Besides being the perfect cloud deployment model, hybrid cloud also serves as a great Disaster recovery solution. Mathew Lodge who is a vice president of cloud services at VMware is of the opinion that hybrid solution has some clear advantages for disaster recovery and business continuity. He further adds, “It can make disaster recovery much cheaper, and it can also dramatically improve the flexibility and the agility of disaster recovery“, as was spoken with EnterpriseNetworkingPlanet.

To conclude, hybrid cloud computing clearly offers more than just a cloud based solution. With so many cloud vendors, this is a great time for enterprise’s who are already on the cloud or for ones who plan to move to the cloud. The hybrid solution should be put to a serious consideration when making a decision.