Internet of Things is the term used to describe the internetworking and communication between physical devices and machines. It is also sometimes referred to as Connected Devices.

Off late, a slew of devices have been made capable of communicating with another device to automate, start and stop a specific job or a process without the intervention or any interaction with the device owner.

What once existed in a Hollywood science fiction movie, is now a reality. Some of the world’s biggest companies like Apple, Google and Samsung have already recognized the potential the technology holds in the market.

In one of the statistics published by Statistica, the number of connected devices worldwide reached 8.7 billion. The Motley Fool also published some statistics last year, the report quoted Cisco who agreed with Statistica saying that the number of connected devices will reach 50 billion by 2020. However, in the same report, Intel also voiced their prediction and was quoted saying that the number will reach 200 billion.

The most surprising statistic was given by Accenture, who was quoted by Information Week saying that 87 percent of mainstream consumers still have no clue what the IoT market is. Accenture believes the Internet of Things will be a $14.2 trillion market by 2030. 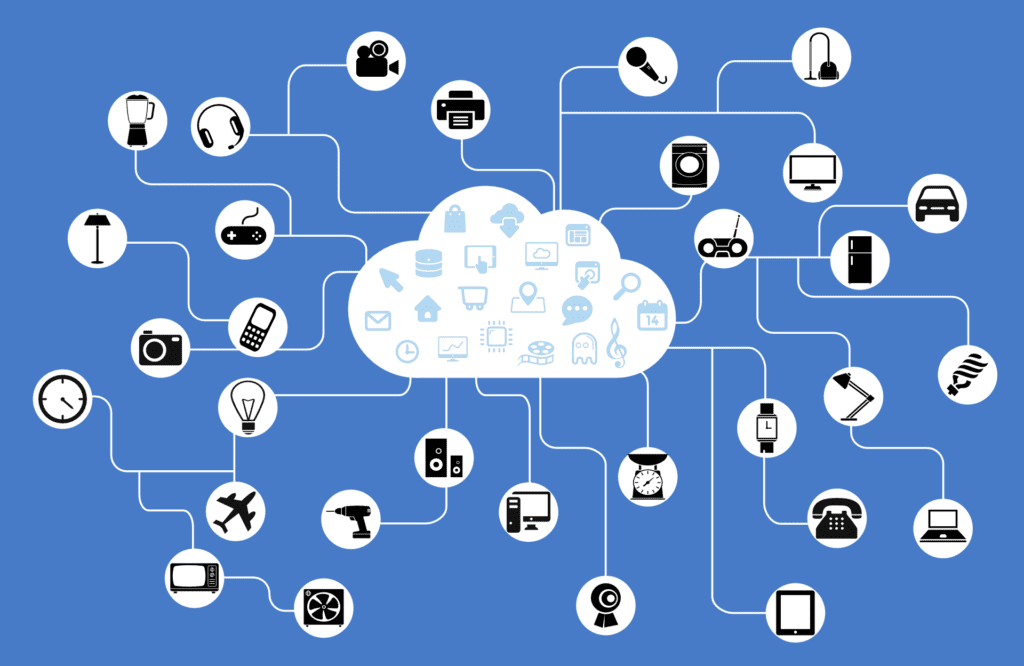 Some of the Internet of Things enabled devices which have now been made capable of communication are:

The internet of things is usually perceived as a technology that eludes a lot of people. Mainly because it is quite difficult to pinpoint a single device and understand its functions.

A device which is IoT enabled is an advanced technology which is beyond the traditional technology another similar device may be working on. This is because the IoT is capable of displaying some inherent characteristics such as:

Connectivity is one of the key characteristics of IoT since it enables accessibility and compatibility in things. Connectivity is what brings together the devices and enables them to create an intelligent network and work in tandem in performing the specified tasks pertaining to each device. 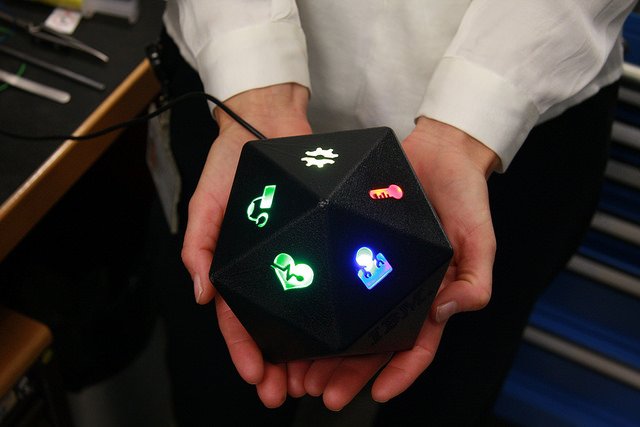 The Sensing capability is probably what differentiates IoT from other technologies who also work with interconnectivity. The sensing technology creates a rich experience for the user and the device since the device is able to not just consume data but also react on it in real time and is able to be physically aware of the surrounding and the people.

The sensing technology creates a rich experience for the user and the device since the device is able to not just consume the data but also react uppon it in real time, and is able to be physically aware of the surrounding and the people.

Expressing is one of the characteristics which makes the user feel that the devices are in alignment with the physical world, its environment and the way users typically react to it.

The IoT works on ambient intelligence and it is smart and intuitive in understanding a user’s preferences. Some may be capable of learning and expressing the real world output that caters to the user specific requirements.

With threats like cyber attacks and industry espionage that constantly looms over any company utilizing the internet, which means practically Every company; it is imperative to study all aspects of a devices’ functionality.

Unfortunately, security and safety are not IoT’s strongest suits. IoT gathers the most personal and intimate information about its users.

If the intruders are able to compromise and leverage this data, it can prove to be quite fatal for its users. Therefore, it is necessary to scale the security of IoT to meet the level of safety it needs which is primary to secure the network and the endpoints.

Diversity is probably one of the biggest pros of IoT. Several different devices who have different hardware capabilities and probably work on different platforms, and work on a different network can interact with one another.

An IoT architecture is required to support connectivity between diverse networks through scalability and interoperability.

Like every other hardware or software product, IoT devices too follow a lifecycle which leads to its effective functioning and results in its optimized performance. Although the key concept of an IoT device is to connect, operate and protect, there are several stages involved in the lifecycle management of the IoT device.

Deploy – The device needs to be properly configured so as to avoid the device from connecting with the network (and other devices) that it is should not be connecting with. It should be able to send and/or receive the information it needs in order to intelligently operate.

Monitor – The device should be able to send its health status and other updates and alerts so the user is always in the know of the condition of the device. This helps in preventing a device failure.

Service – With the help of a remotely running diagnostic tool that sends the report to the vendor, they can make a decision if a product expert is required at the site to troubleshoot any issues or whether it can be resolved remotely.

Manage – It would defeat the purpose of the IoT if a device cannot be managed remotely. Remotely managing allows the vendor to inspect the device remotely to check if the diagnostics needs to be run to track for any changes.

Update – After the device is deployed with the installed software, the device will always need to be updated with security patches or firmware updates. Updates are crucial as older firmwares can affect the IoT device interoperability, connectivity or security.

Decommission – In the event of device failure, the user could lose all the data. A process has to be set in place in order to ensure that the users do not lose their data and the device is safely replaced.

IoT thrives on connectivity and interoperability which is why there a several wired and wireless technologies that it supports. These technologies include:

Internet of things is primarily about data. It involves a constant gathering and analyzing of user data. Due to this reason, it was imperative for regulations to be imposed on the IoT vendors.

This was a necessary step to ensure that the user’s private data, and moreover, their personal information is stored securely and it is not violated. 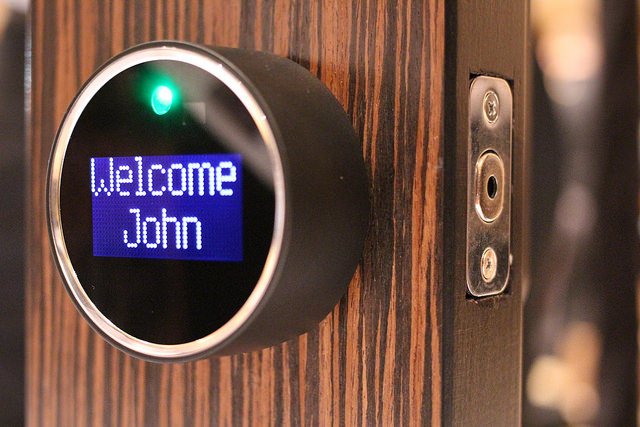 In 2015, the FTC (federal Trade Commission) released a report on Internet of Things for the companies developing the devices.

The report included a list of security recommendations an IoT device developing company should take to ensure the user’s privacy and security:

Important Note: In January 2017, FTC announced a competition named IoT Home Inspecter Challenge, for the public. The competition challenges the public to the develop a security tool for the user’s than can guard them against the security vulnerabilities found in the IoT devices.

The competition urges the contestants to create a tool that can be an added layer of security, especially for the IoT devices which have out of date software.

Important Note: We are not responsible for any changes in the competition or the prize money. Kindly refer to the official website.

It would be quite ridiculous to assume that a technology of this scale is without its disadvantages, criticisms and controversies. The concerns have been raised by Industry experts as well the end users. Some of which include:

Internet of Things is still in its infancy. And although the manufacturers and innovators perform rigorous tests, a lot of security loopholes may still exist. Some minor and some major.
However, the concern lies in the fact that the consumer is rarely aware of the secure concerns, no matter if they are minor or major. This makes them susceptible to the attacks.
They could be the target or even its medium. Unaware of the kind of damage the security flaws pose to the end user, they are usually always in the line to get a piece of the technology they are in the awe of.

Internet of things device is similar to the social media works. The end users willingly provide their most personal details. 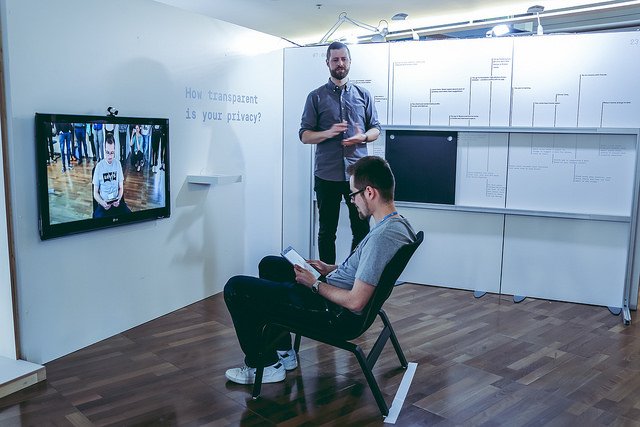 As of yet, there is no clear picture about how the IoT companies are storing this information. And it is even more unclear about how they are using it.

Unfortunately, the users are mostly only interested in whether the device successfully delivers. Last year, some researchers uncovered some security flaws in the Samsung SmartThings platform. According to their security report, the platform grants way more permissions to the app than it really requires.

Post IoT innovations, cyber attacks are not limited to computers any longer. In 2014, Proofpoint uncovered an Internet of Things cyber attack on the Televisions and Refrigerators. The hackers used these devices to launch more than 750,000 phishing and spam emails.

In 2016, the hackers again used the Internet of Things devices to originate a DDoS cyber attack. The report started that this attack disrupted the services offered some of the major and popular websites such as Twitter, Netflix and Paypal, in the Northern American region.

Going by the speed of the technological and digital innovations, digital and technological fatigue is not a far-fetched reality. Technology is beginning to exist from people’s clothes to their surroundings.

There are many industries that stand to benefit from the Internet of Things. Some of these industries include:

Internet of Things is still evolving, however, it is evolving rather rapidly so we can expect a lot more industries who can benefit from this technology.

IoT  platforms are going to see a lot of competition. In fact, due to its rapid growth in the past 2 years, a lot of companies have already invested into this business. The platforms serve as a bridge between the IoT devices and the data networks.

Business Insider notes some of these companies who are a part of this competition to become the numero uno Internet of Things platform include:

Yet, according to The Motley Fool, the three companies who will stand out and come out at the top against the rest are Cisco, General Electric and Verizon.

In a survey conducted by IDC in 2016, they found that 31.4% of organizations surveyed have launched IoT solutions, with an additional 43% looking to deploy in the next 12 months.

The debate on security in IoT will continue for much longer than the debate for security concerns in cloud computing. As far as security in cloud is concerned, businesses are steadily accepting the fact that cloud is indeed more secure than traditional IT security.

However, IoT is still evolving as a technology. All the industries working on IoT are discovering the infinite possibilities it presents along with the challenges that come with it. Of the many challenges it presents, security and privacy, unsurprisingly remains at the top of the list.

The Office of the Information and Privacy Commissioner for Nova Scotia studied 14 Internet of Things devices produced by nine manufacturers. Most of the devices were health or healthcare related. The report (PDF) showed that:

Unfortunately, this is only the tip of the iceberg as the total number of the devices they studied is probably only a fraction of the number of IoT devices available in the market today.

1 Comment to Internet of Things – Everything you need to know