Cloud computing in Information Technology has now most assuredly reached the age where it has begun to penetrate to a lot of home users. In most cases, people with an internet connection are decidedly moving to cloud. They are extending their storage beyond the internal hard disk to the cloud. However, there may be instances where one might misinterpret cloud backup as cloud storage or the other way round. The difference, however small and simple it may appear, is undoubtedly a very significant one. Please read on to find out about some of differences in its aspects.

As the name suggests, the sole purpose of cloud backup remains to Backup the information and data. Unlike cloud storage, it may not offer an option of automatically updating or uploading the data you constantly keep feeding on to your hard drive. It serves the purpose of restoring all the data in case of loss of data on your hard drive, which could includes reasons like data/system infected by virus, corrupt data, physical damage, deletion by mistake with low probability of recovery, etc . The cloud backup works as the duplication of the data which is restored in order to ensure the continued operations on your systems and the work.

Cloud backup provides the level of security which generally may not be found in a traditional cloud storage environment. The data backup is highly encrypted at the enterprise level and is constantly under the watchful eye of the IT professionals, since security and privacy remain its main concern. The plans and packages are also quite different and cloud backup vendors too offer unlimited storage option at a fixed yearly or monthly cost.

Cloud backup can be viewed as disaster recovery option wherein the data is stored at a site unknown even to clients, and redundant copies are made to ensure that backup is available to users on demand. However, unlike cloud storage it cannot be accessed from just any other computer or tablet or Smartphone. It is not synced across devices.

Some cloud backup vendor’s include Backblaze, Crashplan and Carbonite. 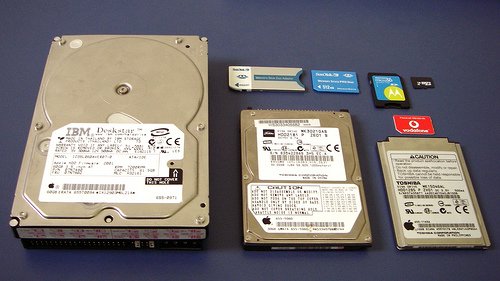 Cloud storage is a very familiar concept among most of internet users, the primary concern of which remains to be accessible (data) to users on demand across all their devices, as and when required. Cloud storage are usually free within a certain limit, and are chargeable on monthly or yearly basis thereafter.

Unlike Cloud backup, security (although equally important to them) is not the primary aspect of the service provided. Cloud storage provides user with the extended storage over their (vendor) servers and gives them the ease and capability of accessing the data anywhere and on any supported device with an active internet connection. It does not provide the level encryption and data security as found in cloud backup. Unlike cloud backup, data can be uploaded and downloaded on will. The plans and packages are usually very different for regular users and enterprises.

Some of the cloud storage vendor’s include Google Drive, One Drive and Dropbox among many others.

Cloud storage and cloud backup both have different set of users, but both of them target all kinds of users nonetheless. It is up to the user as to which option is ideal for him/her. The next time you look for storing your data over cloud, make sure to set your priorities and decide upon the option you may feel as the most appropriate one.