Backup is a process of backing up or archiving i.e. making a secondary copy of the primary data including physical and electronic data, files and databases. This copy is later used if the primary data is lost or destroyed in a disaster.

Backup services should not be confused with Disaster Recovery services. Both services serve a different purpose, however, backup can be said to be a subset of disaster recovery as backing up data is an integral part of the whole disaster recovery process.

In some unforeseen circumstances, it is possible that a business may lose all its data. Natural disasters are not the only event which can lead to data loss, some other common causes of data loss include:

This makes it absolutely vital to have a backup service in place. It is a known fact that data loss can even lead to shutting down of the entire business.

According to a report by The National Archives & Records Administration in Washington, 93% of companies that have experienced data loss, coupled with prolonged downtime for ten or more days, have filed for bankruptcy within twelve months of the incident while 50% wasted no time and filed for bankruptcy immediately. Finally, 43% of companies with no data recovery and business continuity plan actually go out of business following a major data loss.

In the event of data loss, a company can have the option of restoring the backed up data. This process is referred to as File Restoration. File restoration ensures a smooth and reliable data restoration process. Restoration enables a business to resume its day to day operations, thus ensuring the survival of the business.

Gartner released some statistics this year on the future of the Data Center Backup and Recovery Software. Some of the highlights from the report are: 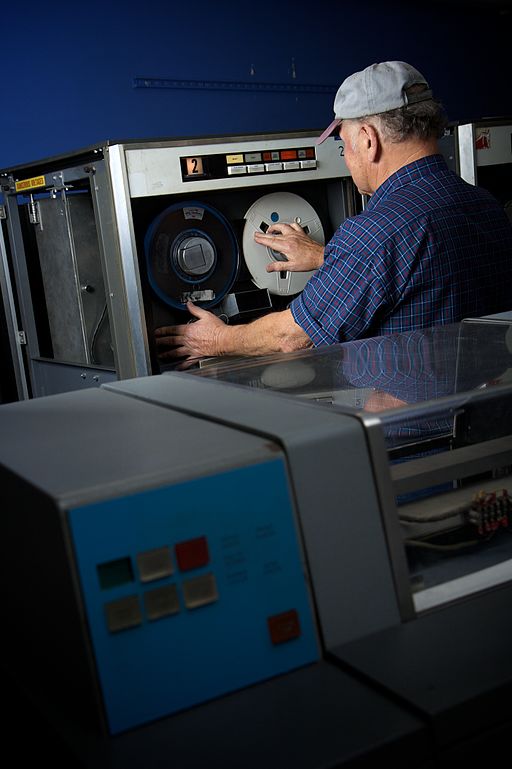 Until the introduction of compact discs, Floppy Disk was the most frequently used storage device. It was later discarded in favor of compact discs. There are several storage media types a business has at their disposal for backing up data. They are:

Magnetic Tapes – Magnetic Tapes has been the most commonly used storage methods as it is also one of the oldest means of data storage. However, it still remains widely in use because it offers high storage capacity at comparatively low cost.

It follows a linear recording system and can have much faster reading and writing rates. A lot of industries such as oil and gas, movie industry and even some scientists prefer magnetic tapes to other storage media.

Compact Discs – Compact discs were the reason why floppy disk was no more in use. Shortly after the popularity of compact discs, the floppy disk had stopped manufacturing altogether. They are also referred to as Optical storage devices, which include CD’s, DVD’s and Blu-Rays.

They have a slower reading and writing rate. Also, data once recorded cannot be removed or modified. Compact discs are also now being replaced by other preferred means of storage.

Hard Disk Drives – Hard disks are the most commonly used storage media among businesses and consumers alike. Compared to magnetic tapes, hard disk provides lower storage capacity at a higher cost. However, last few years has seen a lot of decrease in the cost making it a viable option.

Hard disks can be connected internally or even externally (External hard disks have a different interface). One of the biggest disadvantages of hard disks is that they are prone to physical damages. Due to this, transferring the devices can be a little challenging.

Solid State Drives – Solid state drives are expensive storage devices, especially for the storage capacity they offer. Unlike hard disks, they do not contain any moving parts. They also have a much faster reading and writing rates. 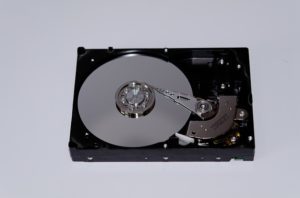 Remote Backup – Remote backup services help backing up and storing data in a remote location. The data is backed up through the internet. Such a service is especially useful in the event of a disaster, as the backup data remains intact and safe since it is not stored within the company premises.

Backuphistory shows a detailed information about the history and origin of all different kinds of storage media, while Coolinfographics provides the information on the lifespan of all the storage media in an Infograph.

Primary local storage options have evolved over the years. Businesses can use different methods of RAID system installations to simultaneously replicate ever new piece of information being generated.

They can have the data stored locally i.e housed inside the company or have a copy transferred to a separate location through the broadband internet connection or by means of using another storage devices.

However, this not a preferred solution as it tends to be a more expensive option. Also taking into consideration the fact that the data could be susceptible to physical damage or theft when being transferred to another location.

Cloud backup service is a process of backing up the primary data on the cloud i.e an offsite secure location, which is usually unknown to the client. The data is transferred over a public network, which was initially a cause of apprehension over using this service. However, the data can be compressed and encrypted before actually transferring it (client may need to confirm this with the respective vendor).

Cloud based backup service is also commonly known as Backup as a Service or BaaS, or Online Backup. Cloud backup solution is one of the most preferred backup solutions at this time. However, cloud backup should not be confused with cloud storage, as they both serve a different purpose.

The off-site server on the vendor’s side is usually a third party vendor who hosts the clients’ data for a specific charge. The cloud based service charges are flexible, it is either a subscription model or a pay-as-you-go model. Cloud backup helps in significantly reducing the costs and workload, and also helps strengthen data security.

The software responsible for backing up the data also follows the incremental backup process which helps save bandwidth. The list of cloud backup vendors has only grown over the years after realizing that backup plays a huge role in data loss and disaster recovery.

Not all data created is of equal value. It is possible that some data may be more sensitive and valuable than others and may hence require more attention in terms of backup and security.

This is where enterprises can take advantage of different cloud deployment models that cloud has to offer. They are:

Public Cloud – A business may decide to store some of its data on the public cloud. Although security was initially a concern, a lot of businesses are now realizing that it may indeed be more secure than traditional in-house backup infrastructure. Nevertheless, some companies may choose not to have the sensitive data transferred and stored in public cloud.

Private Cloud – Private cloud addresses the security concerns that the enterprises usually have with the public cloud. It provides similar scalability features as public if not better. However, unlike public cloud, it offers great control over the resources and infrastructure to a company.

Hybrid Cloud – Hybrid cloud comes as a perfect solution for enterprises looking for a mixture of the public and private cloud. It offers great scalability and flexibility in terms of allocating resources between them and controlling the data backup process. Hybrid cloud has grown on to become one of the most preferred cloud deployment model in the recent years. 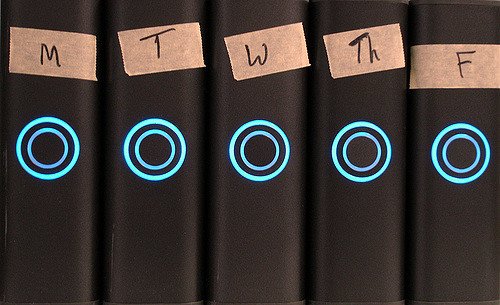 Unstructured – Unstructured backups are done manually as the backups are taken on compact discs and flash drives. They are may not be complete backups and may only contain selective data which is deemed as important. They may be useful for backing up the most important data but it cannot be recommended as the primary backup procedure.

Hot backup – Hot backup is also referred to as Dynamic backup or Active backup. Hot backup follows a routine of backing up data irrespective of whether the data is in use. This is one of its disadvantages. If a user is altering the data when the backup is in the process, the final copy may not reflect those changes.

Incremental backup – Unlike full backups, incremental backup only backs up the data that has been changed since the previous backup. While this is useful as it also saves a lot of bandwidth when backing up, the restore process actually takes much longer when compared to restore time for full backups.

Backup solutions should be given its due importance owing to the crucial role it plays in the business continuity planning.

Clients should create a strategy and should have a clear picture of their requirements when signing up with a backup vendor. Some of the points to remember before signing up with them are:

Backup services are an integral part of a business and it should never settle for a backup software which does not meet its requirements since backup plays a very crucial role in their survival.

It should be noted that the software solution vendor and client both need to comply with the compliances set forth by the governed authorities with respect to the availability and security of data.